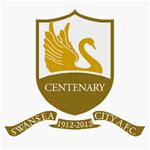 Cllr Nick Bradley, Swansea Council’s Cabinet Member for Regeneration, was among the speakers at the Soccerex European Forum in Manchester.

Cllr Bradley was one of the panellists in a workshop looking at what it means to be a football city. The workshop was moderated by David Cushnan, the editor of SportsPro –a monthly British magazine that reports on the business and financial aspects of sports across the world.

Other speakers at the conference included Manchester United legend Sir Bobby Charlton and Portuguese icon Eusebio. Sir John Madejski, Chairman of Reading FC, and Lewis Wiltshire, Head of Sport at Twitter UK, were among the others who spoke.

Other topics included business in Brazil, awakening football in India, and the use of social networking website Twitter in sport.

Cllr Bradley said: “Soccerex is a major annual conference that attracts leading names from sport and business. This meant I was able to share our hugely positive Premier League experiences with very influential people not just from the UK, but from continental Europe and the rest of the world too.

“The Swans have done an outstanding job in cementing Premier League football once again for next season and qualifying for European football, and enormous credit must go to chairman Huw Jenkins, manager Michael Laudrup and his amazing squad of players. But we’ve worked hard as a council to make the most of Swansea’s Premier League status by raising the profile of Swansea Bay as a visitor destination too. The Soccerex conference was another great opportunity to tell people what we’re doing and further raise awareness of our fantastic city.”

A report commissioned by Swansea Council and the Welsh Government found Premier League status in the 2011/2012 season was worth more than £58 million to the local economy. Swansea City’s win over Bradford City in the Capital One Cup final also means the club has qualified for next season’s Europa League.

The conference was held on Wednesday April 10 and Thursday April 11 at Manchester Central – a major convention complex.

Find out how Swansea Council’s Tourism Team have been making the most of this premier opportunity by visiting www.visitswanseabay.com/fanscorner.