Good to Go Wales - Giving our visitors the confidence to book their holiday.
Find out more

Rhossili Bay captures the hearts of many of its visitors. For many, it’s love at first sight. And it’s now two years in a row that this has been recognised through picking up prestigious accolades.

In 2013, as part of the TripAdvisor Traveller’s Choice Awards, visitors voted for the best beaches in countries, continents and the world respectively. We were absolutely thrilled when it was announced that Rhossili Bay had ranked first in Britain, third in Europe and tenth in the World. Along with Three Cliffs Bay, it’s often the most popular beach on the Gower Peninsula amongst our Facebook fans and Twitter followers. However, for Rhossili Bay to gain recognition on this scale was just something else.

And as if that wasn’t enough, this year, Rhossili Bay has been announced as the second best beach in Britain – as determined by what’s being hailed as the biggest ever survey of UK travel. The survey was completed by over 100 editors, writers and journalists, including high profile influencers such as Simon Calder and Ben Fogle.

Rhossili Bay and Worms Head, an impressive promontory that carves its way out to sea, have picked up a lot of recent media attention. they featured in the opening ceremony of the 2012 Olympic Games as well as Torchwood, Doctor Who and the music video for Mumford and Sons’ song ‘Lover of the light’ which also features actor Idris Elba (and other scenes on Gower).

The sleepy village of Rhossili sits on the headland overlooking the bay. From here you can climb the Rhossili Downs and be blown away by the extensive views over Gower that greet you at the top. You can also venture over the causeway on to Worms Head if you’re feeling adventurous, but be sure to check with the coastguard first. Literary legend Dylan Thomasenjoyed venturing out onto the Worm, but he did get stuck out there once or twice and had to wait for the tide to go back out. You can also celebrate your achievement; there’s a sign on Worms Head, which is a great photo opportunity – be sure to tweet it to us @visitswanseabay or share it with us on our Facebook page. 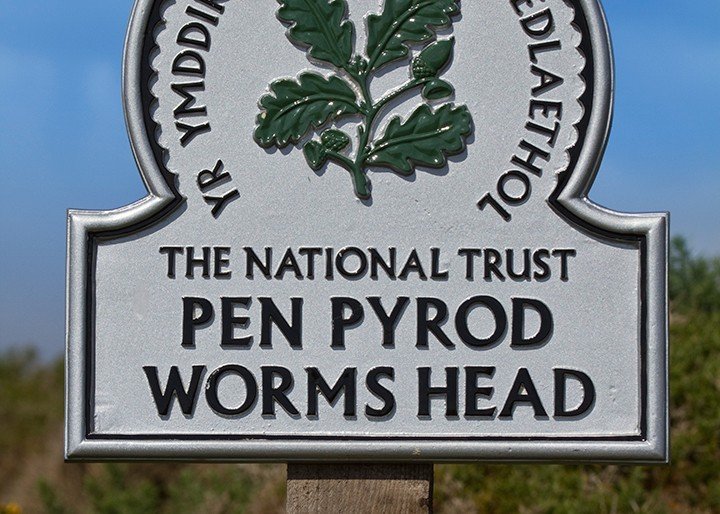 Please be sure to contact Swansea Tourist Information Centre if you’d like to visit. Swansea, Mumbles and Gower are home to many fantastic things to see and do – watch these videos for just a few ideas:

If you enjoyed these, there are more on our YouTube channel too.

You’ll also find the full survey over at www.101holidays.co.uk/survey for further reading.