Dylan was a prolific letter writer and most of his early surviving letters were written in his tiny bedroom at 5 Cwmdonkin Drive in the Uplands, Swansea and posted in a Royal Mail postbox just fifty yards from the house.

The First Day Cover features images of the house and the desk in his bedroom which has been dubbed Wales’ first World Literary Heritage Site.

Geoff Haden, who restored the house to its condition as a new house when bought by the Thomas family in 1914 – a few months before Dylan was born in the front bedroom – explains:

“Dylan’s letters to friends and literary people give a huge insight into his life as a developing poet and writer and are almost like short stories in themselves.

“In fact, it was the description in many of his surviving letters that has helped us set the room at a time when his first book 18 Poems was published to critical acclaim in 1934, when he was only nineteen years old.

“Inside the First Day Cover is a leaflet giving details of Dylan’s life and the works produced at the house, which amounted to two thirds of his published work, making it the single most important place in his life.” 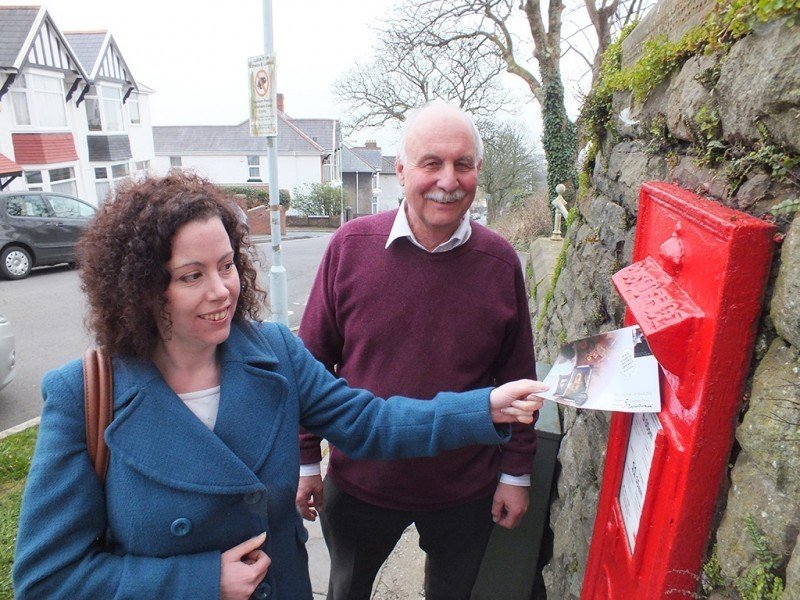 “It was a funny feeling to think that my grandfather would have run up the hill to this box to catch the post.”

Dylan was born in the front (best) bedroom in 1914 and his fond childhood memories of 5 Cwmdonkin Drive, Uplands, Swansea, were later captured by him in his many of his stories and poems, including A Child’s Christmas in Wales.

The First Day Cover from the Birthplace will be issued at the same time as Royal Mail’s  First Day Cover, launched at events in Cardiff and London on Tuesday 25th March.

The First Day Cover is available on the Birthplace website at www.5cwmdonkindrive.com

The Dylan Thomas Birthplace is one of the many fantastic cultural attractions in Swansea Bay. Watch the video below to explore a few more.