How Green is My Valley…

Apparently, looking at the colour green for as little as two seconds can boost your creativity. Which is why anyone who feels the need to access the deeper parts of their mind should spend some time exploring the lush hinterland of Swansea Bay, an ice carved landscape of striking escarpments and natural wonders. And enough shades of green to take your imagination into a new dimension. 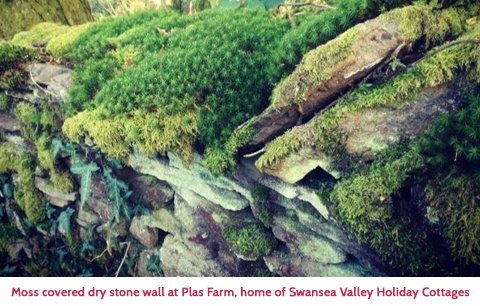 There was a time in these parts, that exactly the same word was used for colours ranging from green to blue to various shades of grey.  Indeed, in the dark ages, when the local tribes were presumably playing  a game of thrones, the Old Welsh word ‘glas’ was used as a blanket term for colours ranging from the myriad shades of green present in the lush countryside to silvery hues of your sword to the many shades of blue that colour our coastal waters. 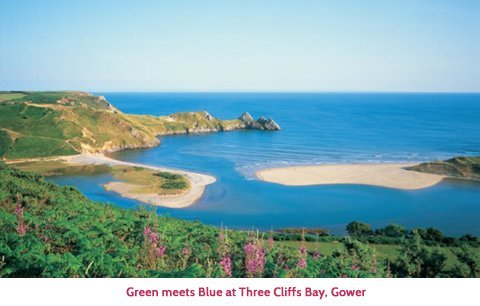 These days, mercifully, we distinguish blue and green from each other.  If we didn’t, Dylan Thomas would never have been able to tell us that he was “as happy was the grass was green” in his famed evocation of childhood visits to his aunt’s farm, Fern Hill.  The poet who “cared for the colours the words cast on my eyes” was much inspired by the countryside and coastline that surrounded his hometown of Swansea.

An individual who attributed a great awakening to Swansea’s hinterland was the 19th century naturalist Alfred Russel Wallace.  If ever evidence was needed to confirm the effect of the colour green on one’s creative thought process then Alfred Russell Wallace must surely provide it.  His frequent lonely walks in the area fuelled a fascination with nature that culminated in the small matter of him discovering evolution by natural selection which he co-published with Charles Darwin in 1858.

Wallace was introduced to the “variety, beauty and mystery of nature”, especially butterflies, flowers and ferns during the years he spent lodging at a farm between Neath and Pontardawe.  The naturalist, who travelled the world collecting specimens for the British Museum, summed up the unique attractions of the Vale of Neath when he wrote in his autobiography “I cannot call to mind a single valley that in the same extent of country comprises so much beautiful and picturesque scenery and so many special features.”

Neighbouring valleys also boast special features –colossal cave systems lie beneath a landscape draped with some of Europe’s largest urban forests, one of which has gained the nickname “Little Switzerland” and boasts some of the world’s top mountain biking trails including a green-graded trail for rookies.

Nowhere else in Britain is there such a richness and diversity of cascades, gorges and caves than exists in the countryside inland of Swansea Bay.  In ‘Waterfall Country’ one can experience the exhilaration of walking directly behind a thunderous waterfall to peer at the lush forest through the cascading water – shades of green through shades of blue. 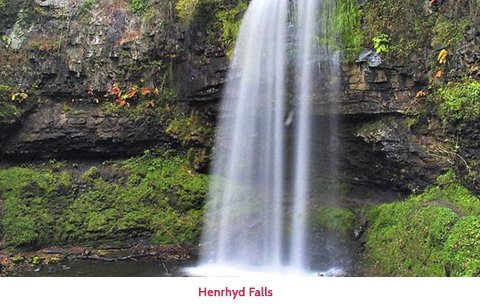 Among the numerous artists to have stood on the other side of the water is the great landscape painter J.M.W. Turner who was drawn to the area by the spectacular scenery.  In 1796 he visited and painted Aberdulais Falls which is now owned by the National Trust.  Landscape painting is notoriously difficult, particularly when one considers the variety and intensity of greens that occur in nature is endless.  Perhaps Picasso was thinking of Swansea Bay when he said: “They’ll sell you thousands of greens. Veronese green and emerald green and cadmium green and any sort of green you like; but that particular green, never.” 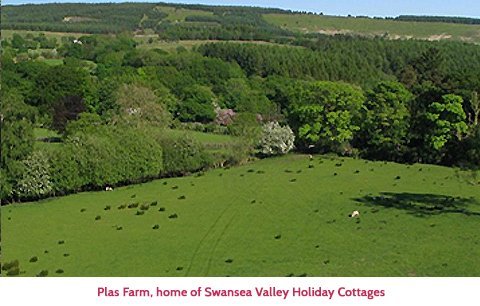 A great way to take in the varying shades of green for yourself is by staying at Swansea Valley Holiday Cottages, whose circular farm walk for guests boasts panoramic views of the region.  What you see and what you hear will depend on the season but the panoramic views will always be there – the Swansea Valley, Swansea Bay, the Bristol Channel and England beyond, Brecon Beacons National Park and on a clear day, Narnia.

Guests who chose to visit in April find it to be a truly enchanting time of the year – the greening of the countryside is one of the joys of living in a temperate part of the world where the seasons are so distinct. The birds are busy building their nests – listen for the first cuckoo. The bluebells begin to carpet the woodland floor, violets appear in the hedgerows, the scent of crab apple blossom is in the air – the Spring is in full swing.

It goes without saying, the holiday cottages are green. Two new five star cottages – traditional meets modern contemporary – are heated by biomass, insulated by sheep’s wool and made from good old sandstone, albeit blue sandstone!  Your friends will be pink with envy.