Looking back at Swansea Jack

He saved 27 lives from the cold, dangerous depths of Swansea Docks. He was a born hero. Jack: Swansea’s most famous and heroic dog!

Jack, a mischievous, flat-coated retriever, was born in 1930. His first owner, Mr Davies of Cwmgelli Cottages, Landore, found it increasingly difficult to keep an eye on his mischievous puppy. In fact, his roguish behaviour forced him to part company with the dog, who subsequently found a home and lifelong friend in Mr. William Thomas of nearby Riverside Cottages.

The pair moved to live near Padley’s Yard at Swansea North Dock, where Mr Thomas worked in the haulage industry. Jack was frightened of the water but as they lived (and worked) near the sea, Mr Thomas decided to throw his dog into the dock where a number of boys were waiting. After an initial struggle, (and a few repeat incidents) Jack got to grips with it, and he learnt to love the water.

His first known act of bravery was in 1931 when he saved a 12 year old boy, (who was also named Jack), from the depths of the docks. The young boy had lost his footing and fallen in. Jack automatically pounced to the rescue. This was to be the first of many such incidents. 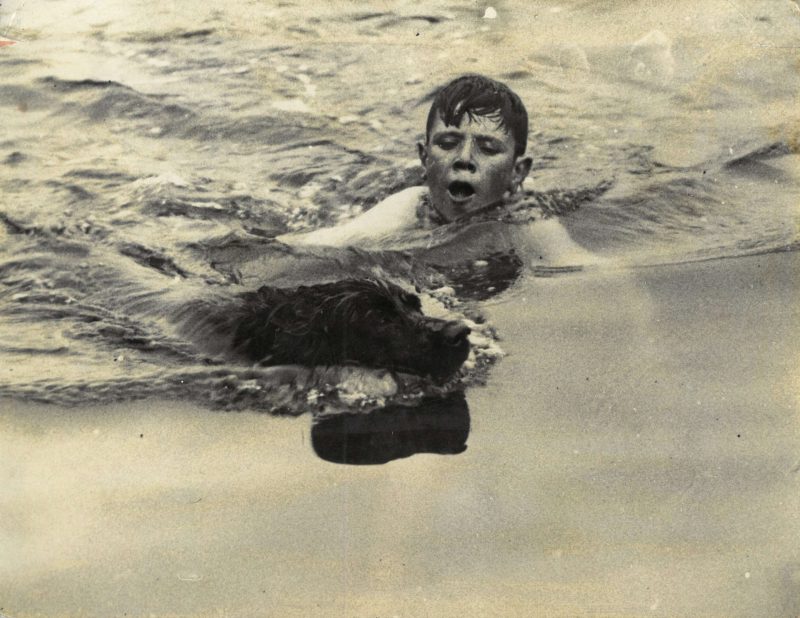 In August 1931 Jack was made an honorary life member of the renowned Tail Waggers’ Club, number 426034, a non-profit making organisation dedicated to promoting the welfare of dogs and their owners. From then on Jack appeared at carnivals, regattas and sports events, raising money for charities throughout south Wales.

Numerous honours and accolades were bestowed upon him in recognition of his achievements. These included:

In 1933, Mr Thomas moved to the Victoria Hotel, where Jack befriended the landlord’s son, who accompanied him on his missions thereafter. By 1934, he had saved 14 lives. Many of these were not officially recorded but it is widely believed that he saved animals as well. 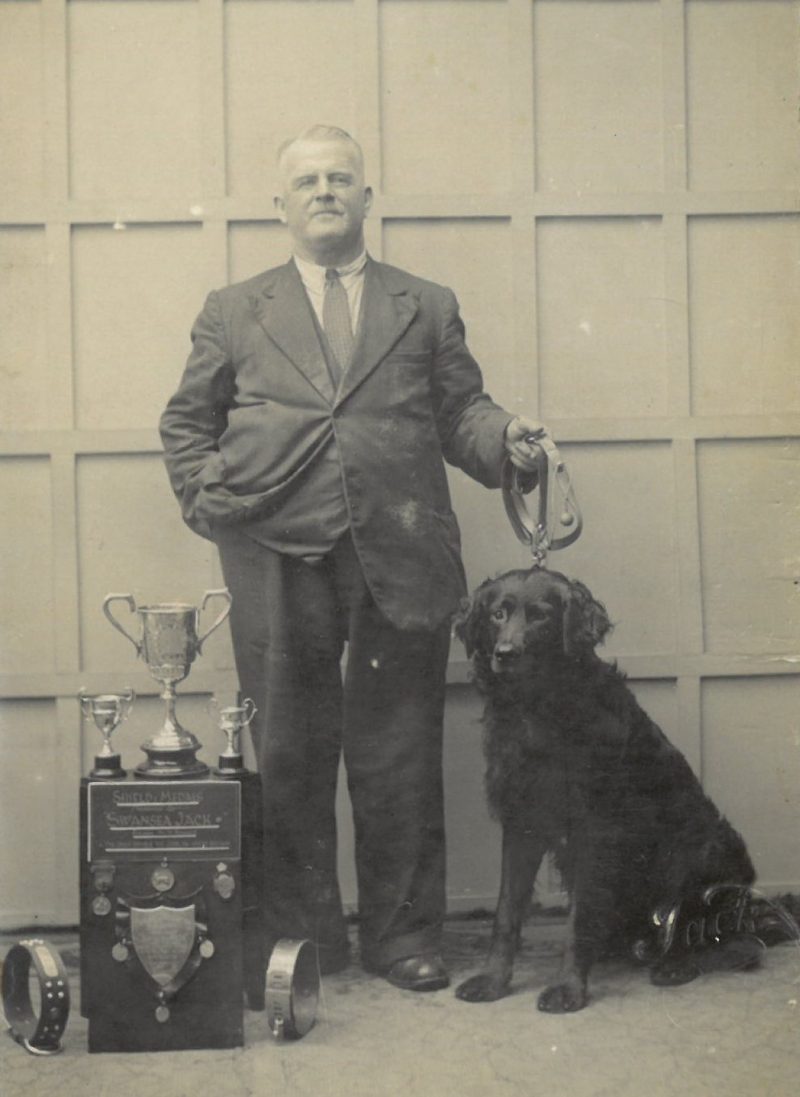 Mr Thomas retired from the haulage industry in 1936 and the pair moved to Treboeth. Jack, not used to suburbia, often made the three-mile journey to the foreshore. A virile dog, he had already fathered numerous puppies, but unfortunately, none of them inherited his life-saving qualities.

Sadly, Jack became ill in 1937. Mr Thomas noticed that the normally energetic dog had become lethargic and dull, and a visit to the vet confirmed that he had been poisoned. Jack passed away on 2nd October 1937 after a month-long illness, suspected to have been caused by rat poison. He was held in such high regard that the Canine Defence League offered a £25 reward for information leading to a conviction for poisoning, but nobody was ever caught.

Jack was initially buried in his master’s back garden; but at a Council Parks meeting the same week, a more suitable burial place for Jack was discussed, which sparked a huge response from the local community.

A public burial was held for Jack on October 21st 1937, and his body was laid to rest on Swansea Promenade, outside the Swansea South African Memorial enclosure, next to the Boer War memorial. His coffin was paid for by a local schoolmaster, and Swansea sculptor Mr Cecil Jones offered to create a memorial free of charge. However, a public fund collected over £70 and donations were received as far afield as Canada and New Zealand.

It took longer than expected to create, but on the first anniversary of his death, the 6ft by 3ft bronze and grey Penzance granite memorial was formally unveiled by the then Mayor of Swansea. 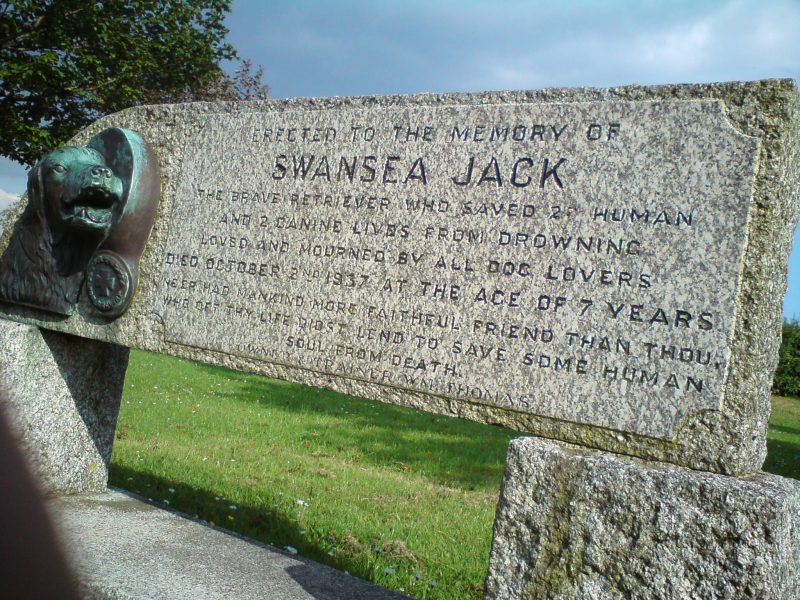 Mr Thomas passed away during the blitz in 1941, content in the knowledge that he would soon be joining Jack. The air raids during the War wiped out the Victoria Hotel (Jack’s old home), the rubble of which was ironically used to fill in the North Dock in later years.

The Ballad of Swansea Jack was recorded in 1979 as a tribute to the canine hero, and in the same year, a public house on Oystermouth Road changed its name to ‘The Swansea Jack’.

In later years, speculation mounted over the validity of some of Jack’s alleged rescues, 27 in total, but there was no disputing the awards that he won.