We’re looking back to when the cast and crew for ‘Their Finest’, a romantic comedy set in World War Two, spent several weeks filming in Swansea during autumn 2015.

Whilst we remember the fallen on the 75th anniversary of VE Day (Victory in Europe), when World War Two came to an end in Europe, our thoughts also turn to the stories inspired by wartime Britain that have been very much part of our culture ever since.

In particular, we’re looking back to when the cast and crew for ‘Their Finest’, a romantic comedy set in World War Two, spent several weeks filming in Swansea during autumn 2015.

Starring Gemma Arterton, Sam Clafin, Bill Nighy and Jeremy Irons, the movie tells the story of a British Ministry of Information team making a morale-boosting film about the Dunkirk evacuation during the Battle of Britain and the London Blitz.

Filming largely took place at the Guildhall, which needed little dressing to make it appear like the Ministry of War offices in 1940s Whitehall. Members of the Enjoy/Visit Swansea Bay team worked closely with the production company behind the movie to ensure that filming was as hassle-free as possible.

“Swansea was a great base for us, good hotels, a short drive to all locations with plenty of facilities parking and access for our departments, and friendly helpful people. Creatively, we found terrific period (late 30’s/early 40’s) locations, especially in the interiors of the Guildhall which were a wonderful match for the exterior Senate House in London and needed very little changing. In days off, our cast and crew made ample use of the beautiful beaches close by too!”

Other locations used were Swansea’s Grand Theatre, easily doubling as a cinematic theatre, Glamorgan Street and the lane behind Rhyddings Park Road. 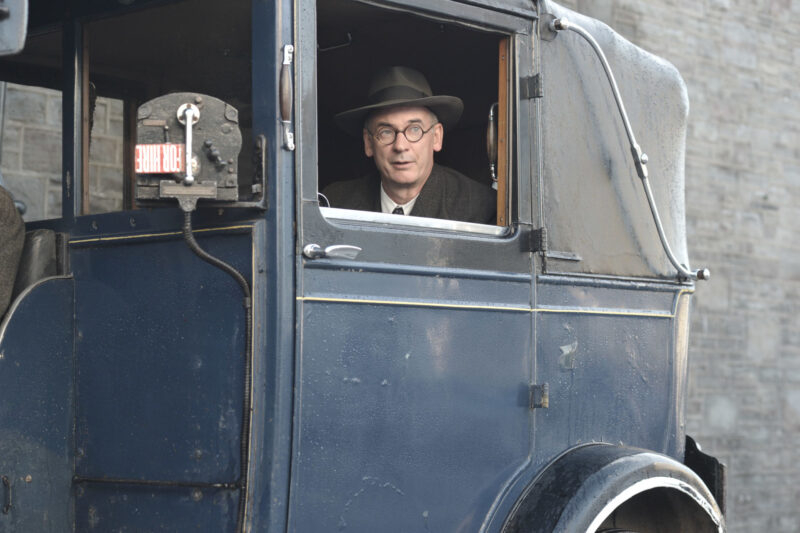 Their Finest is streaming on Prime Video and YouTube for you to watch.