Looking back at Arthur Whitten Brown

The Swansea resident who made flying history…

Like lots of places, Swansea’s rich heritage seems to have become invisible with people passing buildings without a thought of the stories those walls could tell.

For example, how many of you have walked past Belgrave Court in Uplands? Maybe you have, and admired its architecture; it is a nice looking building. However, have you noticed the plaque in memory of Sir Arthur Whitten Brown? 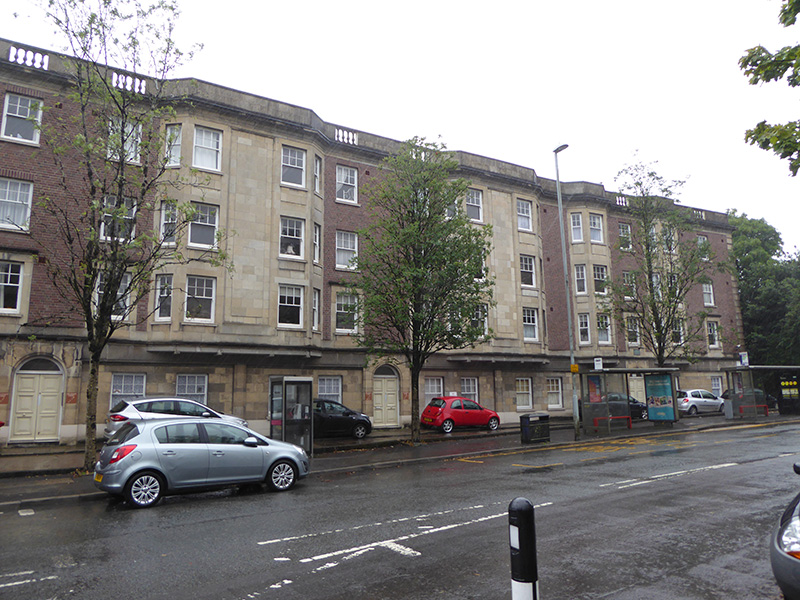 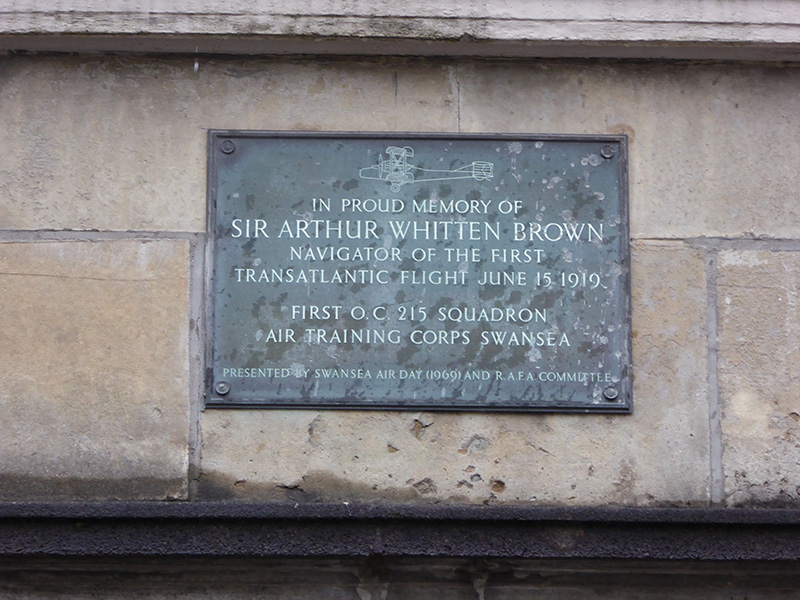 Arthur Whitten Brown together with John William Alcock made the first non-stop Trans-Atlantic flight in June 1919. The pair made their breakthrough flight, from Newfoundland to County Galway, to win the £10,000 prize offered by the Daily Mail and presented by the Secretary of State of Air, Winston Churchill.

In those early days of aviation, flying was very different and a real test of both man and machine. For example, Brown was relying on his sextant and the stars to navigate. However, thick fog posed the pair some problems, without gyroscopic instruments Alcock twice lost control of the plane, nearly hitting the sea.

Alcock and Brown flew a Vickers Vimy, converted for the record-breaking flight. The Vimy was the first-twin engine bomber built by Vickers towards the end of World War One, and the first of its type went into official trials in January 1918. However, the armistice of November 1918 would ensure the Vimy played no part in the conflict.

The Vickers Vimy had an open cockpit and the rain and snow they flew through would have been testing enough, but their electric heating suits failed making conditions worse. Resolute, Alcock and Brown maintained due course and landed at Derrygilmlagh Bog in County Galway on the morning of 15 June 1919. Seen as national heroes, King George V knighted the pioneering pair just a few days after their successful non-stop flight across the Atlantic Ocean.

After the war, the Vickers Vimy demonstrated its true potential with long distance, record-breaking flight attempts. Not only was the Vimy the plane of choice for Alcock and Brown, but later in 1919 Ross and Keith Macpherson-Smith flew a Vimy from England to Australia.

Alcock died flying a Vickers Viking to the Paris Airshow on 18 December 1919. Whereas, Brown went on to work for Metropolitan-Vickers. He settled in Swansea where he made a lasting difference, founding the 215 Squadron Air Training Corps, which continues to provide activities that offer challenge, excitement and adventure for young air cadets. By 1948, Brown’s health had deteriorated, meaning light duties as general manager of the Metropolitan-Vickers offices in Wind Street. He died in his sleep, at Belgrave Court, on 4 October 1948.