Remember, remember the fifth of November, gunpowder, treason, and plot…

Guy Fawkes and the Gunpowder Plot, immortalised in the nursery rhyme, have for over 400 years been associated with bonfires. However, the tradition of lighting bonfires at this time of year go back further.

In Wales, the lighting of autumnal fires, Coel Coeth, harks back to Celtic times, when the practise was more closely associated with Calan Gaeaf, an older Welsh form of Halloween that is rooted in the pagan festival of Samhain. During the festivities, commemorating the end of the autumn harvest and the beginning of winter, our ancestors would leap through the fire, throw nuts into the flames, and bite at apples suspended from a string.

In 1605, a group of Catholic rebels plotted to blow up the House of Lords during the state opening of parliament on 5 November. The plot to assassinate the Protestant King James I failed with the capture of Guy Fawkes and his co-conspirators early morning. In trials held in January 1606, they were found guilty and sentenced to death. 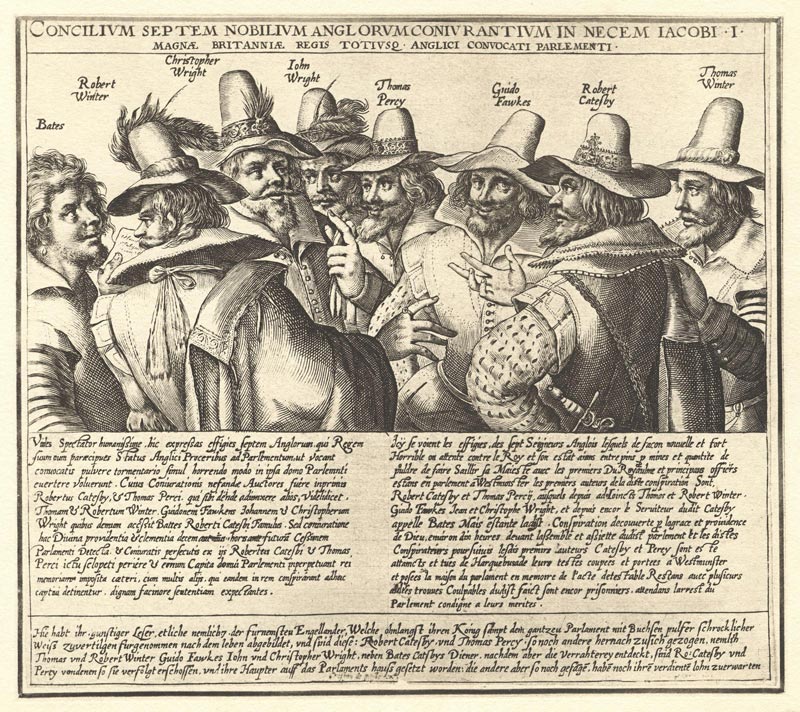 In the years after the Gunpowder Plot, thanks to the Observance of 5th November Act 1605, people commemorated the failed attempt to take the life of the king with special sermons and the ringing of church bells. The practice of lighting autumnal fires shifted from All Hallows’ Eve celebrations to form the Bonfire Night celebrations we recognise today.

Until recently, during the weeks leading to Bonfire Night children made effigies of Guy Fawkes, “guys”, stuffing old clothes with newspapers and attaching a mask to create a face. Before burning their guy on the bonfire, they would have taken it on a tour of their locality, collecting money for the celebrations by asking for “a penny for the guy”.

Guy Fawkes, guy, t’was his intent
To blow up king and parliament.
Three score barrels were laid below
To prove old England’s overthrow.

And what shall we do with him?
Burn him!

Nowadays, fireworks have become the focus of our commemorations, and fewer bonfires lit each year. We have become used to attending official displays with spectacular fireworks in a safe environment.

Unfortunately, the Covid-19 coronavirus pandemic prevents these organised displays from happening this year. However, to protect the NHS, it is important that each of us do our best to stay safe and enjoy Guy Fawkes’ Night responsibly.