Double Paralympic medallist George Peasgood feels Britain’s first-ever stand-alone World Triathlon Para Series event in Swansea can be a game-changer for his sport in the city.

The world’s best paratriathletes will descend on South Wales on Saturday 6 August 2022 and return to the city through to the Paris 2024 Paralympic Games. 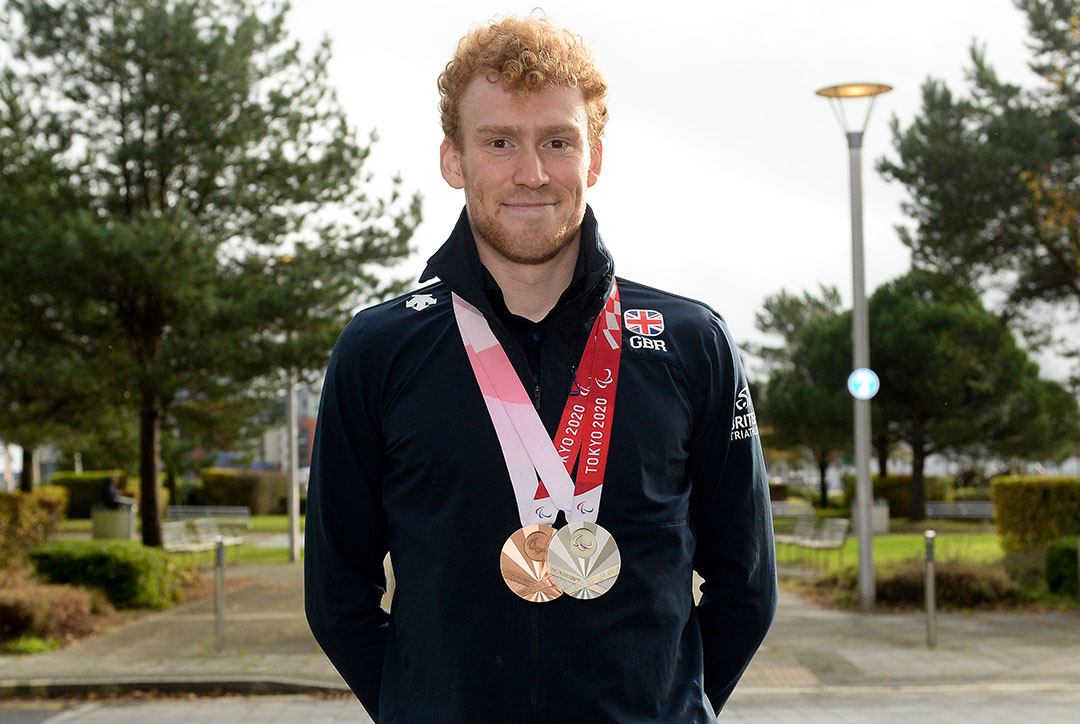 The racing will take place at Prince of Wales Dock in Swansea and form part of a wider Para Sport Festival in the region.

“It’s a big thing to have a standalone event for paratriathlon in Britain,” he said.

“It’s about raising the awareness of the sport and using the momentum we’ve got from Tokyo and trying to showcase it.

“The home crowd feeling is special. Friends and family can come and watch me race and it will be amazing to be with all the people who have helped me over the years.

“Coming out from Tokyo with two medals was phenomenal and something I’ll cherish forever. It has been a surreal year and it’s taken a while for it to sink in.”

“We’ve been working for a couple of years now on our major event strategy, and paratriathlon has been a key focus for what we’ve wanted to do and to be able to make this announcement today is a testament to the amount of work that’s been put in by a number of people over the last couple of years.

“We’ve got an incredibly successful paratriathlon team and so to be able to provide increased profile for the existing team and to provide inspiration for future paratriathletes to develop into the next world-class programme athletes is a fantastic opportunity for the sport in this country and that’s what we hope for the event to do over the next three years.”

Peasgood did the double of triathlon silver and cycling time trial bronze in a fantastic second Games in Japan. He also won European silver in September on his return to racing.

The 26-year-old is already targeting Paris 2024 and completing the set of Paralympic medals.

“I’ve got a silver and bronze, I want that gold now. To get a gold medal, or to get in a position where I feel like I can again, and the goal will be to go to Paris and win.”

The Swansea event will be delivered by British Triathlon in collaboration with UK Sport, World Triathlon, Welsh Triathlon, the Welsh Government and Swansea City Council in what will be a first for the national governing body. 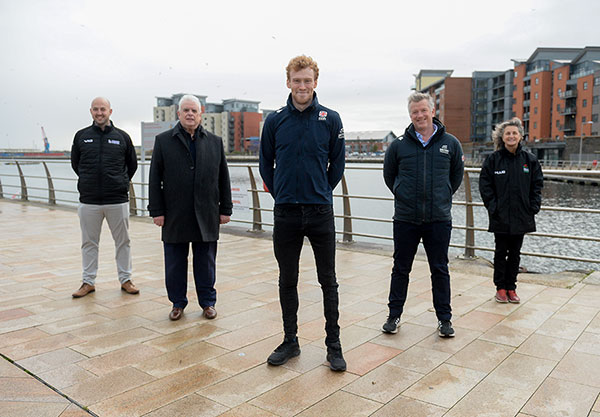 Cllr Robert Francis-Davies, Cabinet Member for Investment, Regeneration and Tourism for Swansea Council said: “It’s great for both the people and the city of Swansea to have the World Triathlon Para Series here.

“It will focus greatly upon the city, and the course going around our maritime quarter, past our new arena around Swansea Bay. It’s probably the most picturesque triathlon in Britain.”

Tom Rogers, Partnership Manager at Disability Sport Wales, said: “For Swansea, it’ll show it off as an accessible city, and show off what is possible for a disabled person locally.

“That event can be linked into wider opportunities for local children, young people and adults to provide that range of competitive and participatory opportunities around the event as well.”

Welsh Triathlon CEO, Beverley Lewis, said: “From our perspective, we have two aims for this event.

“One is to show to children, young people, parents and coaches that they can be inclusive and they can support this kind of activity. The other one is then to provide the opportunities so that everyone can get engaged.”

Ian Walsh, Provost of the University of Wales Trinity Saint David, said: “With our main campus here in the heart of the city, we think it’s a fantastic opportunity to showcase the benefits of a healthy lifestyle and participation in sport by showcasing the very best para-athletes here in the city centre.

“We’re very excited about the opportunities for our own students to engage in the events and also to be inspired to take up sports as part of not just their studies but for a healthier lifestyle.”