Marching bands, magical floats, festive film characters, Christmas inflatables and of course Santa and his sleigh will be making a special appearance at this year’s Swansea Christmas Parade.

With sparkling lights, snow machines and fireworks; if you weren’t in the festive mood before the start of the Parade, you definitely will be by the end!

The parade kicks off  at the bottom of Wind Street at 5pm and will head up towards Castle Square. Here, Santa will make his first stop at 5.15pm* to switch on some of the Christmas lights and wave to children, big and small! The parade will then continue up High Street, down Orchard Street and onto the Kingsway where Santa will make his second stop at 5.35pm* to turn on the remainder of the city centre lights before heading down the Kingsway.
*times are approximate.

While you’re waiting for the parade to arrive, you can enjoy music and entertainment at performance points at Castle Square and outside the Dragon Hotel from local choirs and vocalists, including Rock Choir, Dancerama, Jermin Productions, Nataya and Victorian Carollers. 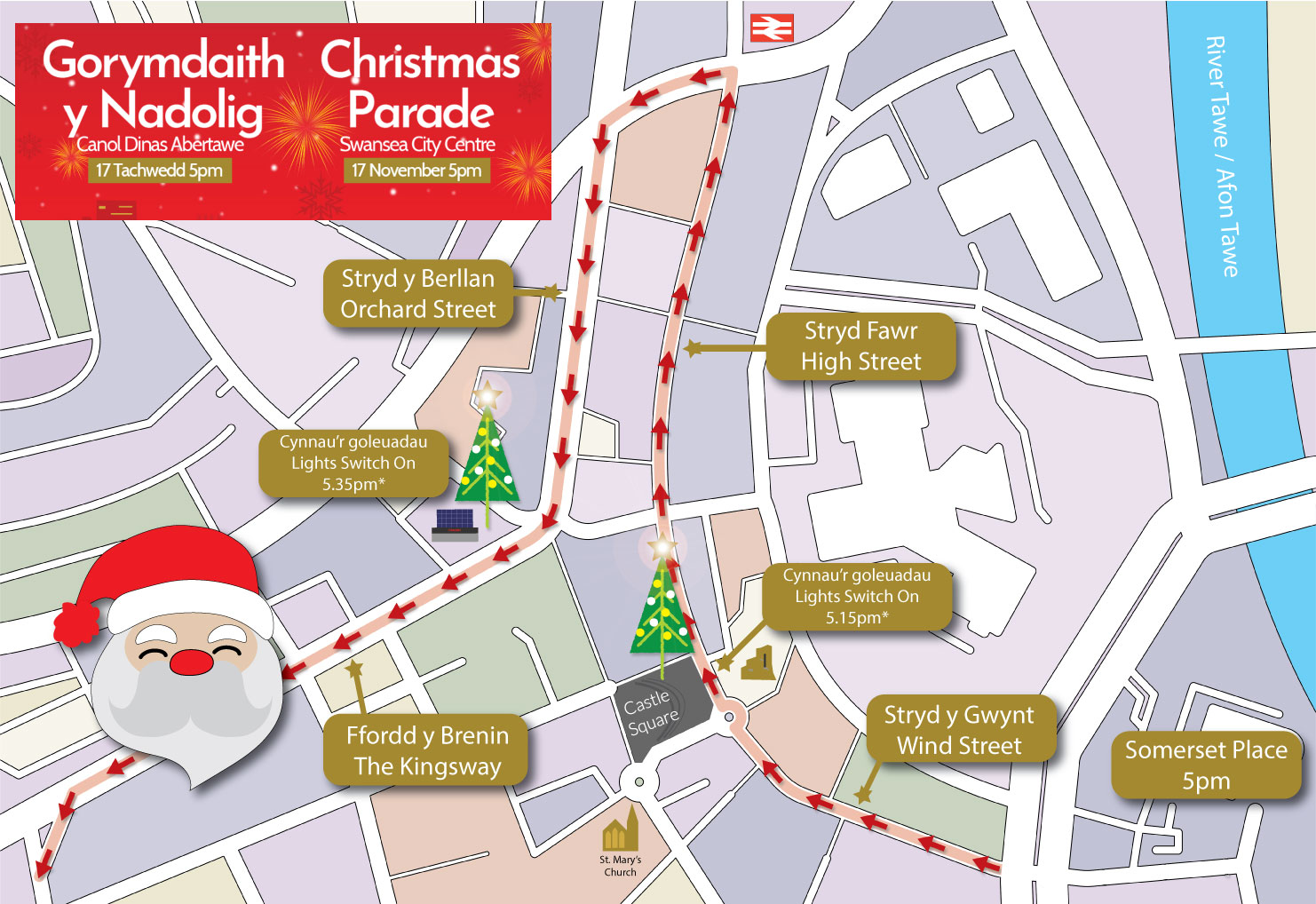