If you get a kick from tales of mysterious spirits, ghostly apparitions and fantastical creatures, you’ve come to the right place. Swansea and Gower’s shadowy spaces are alive with legends of things that go bump in the night, from spectral horsemen galloping across moonlit beaches to vengeful fairy-folk performing dark magic.

It’s no surprise that this area’s dramatic landscapes and seascapes are home to so many supernatural stories. The otherworldly is commonplace here. Wander through the dark vaults of 12th-century Oystermouth Castle and you can almost hear the voices of former inhabitants echoing from its ancient walls. The magical, moody Gower coast also casts a powerful spell, its stormy seas and cliff-backed sands providing the perfect backdrop for petrifying paranormal encounters. You might even run into a ghost at the pub or theatre. Even the undead need some R&R once in a while. 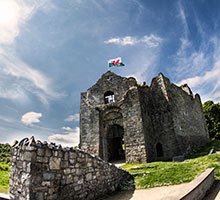 Lovely name, isn’t it? But it veils a disturbing story. Once the home of the powerful Lords of Gower, Oystermouth’s only inhabitant nowadays is the ghostly White Lady. Venture into the castle’s maze of shadowy vaults and secret staircases and you may well encounter this spooky resident. Tales dating back to medieval times tell of a silently weeping woman in a flowing white robe with terrible injuries on her back. A whipping post in the dungeons gives a macabre hint of how she met her end. 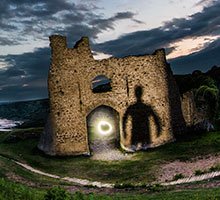 Fairies are seen as one of the supernatural world’s cutest creatures, but beware – they have a dark side. According to legend, Pennard’s owner refused to allow the local fairies to dance at his wedding, so they conjured up a terrible sandstorm that reduced the fortress to rubble (cynics might wish to point out that, coincidentally, the castle was abandoned after the encroachment of sand). Today, Pennard’s atmospheric ruins are believed to be home to a Gwrach-y-rhibyn, the Welsh equivalent of Ireland’s shrieking banshee. 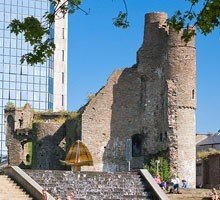 Though now dwarfed by the modern city-centre buildings surrounding it, ruined Swansea Castle was once a mighty fortress of huge strategic importance. Over the centuries, it has survived sieges, rebellions and even the Blitz. Ghost hunters reckon the castle is haunted by a mysterious woman in blue. The spectre is said to wander the castle grounds, abruptly vanishing when approached. While many claim to have spotted her, no one knows who she was or why her spirit now resides here. 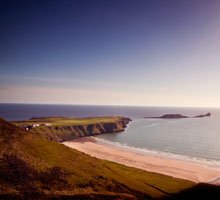 As well as being one of Britain’s best beaches (just ask TripAdvisor), beautiful Rhossili on the tip of Gower is also a hotspot of paranormal activity. There are reports of a mysterious couple in Edwardian dress at the National Trust-owned Rhossili Rectory, while the spirit of Rev John Lucas can be seen galloping across the sand on his spectral steed. The Reverend shares the beach with Squire Mansell, who searches for buried gold on stormy nights in a carriage drawn by four ghostly horses. 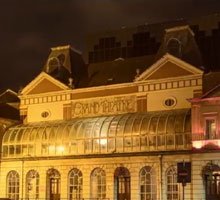 Opened in 1897 by opera legend Dame Adeline Patti, the Grand Theatre has seen its fair share of star turns over the years – big names like Anthony Hopkins, Richard Burton and Ivor Novello, no less. But they’re all upstaged by a paranormal performer known only as Jenny, who has been treading the boards here for over 100 years. The white-clad apparition is thought to be an actress who appeared at the Grand shortly before taking a trip on the Titanic’s ill-fated maiden voyage.

Visit the Grand Theatre Swansea >>
We use cookies on our website to give you the most relevant experience by remembering your preferences and repeat visits. By clicking “Accept All”, you consent to the use of ALL the cookies. However, you may visit "Cookie Settings" to provide a controlled consent.
Cookie SettingsAccept All
Manage consent