On-field heroics from our Premier League football stars like Michu means interest in Swansea Bay has never been higher according to VisitSwanseaBay.com stats 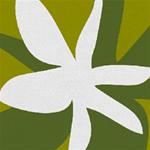 Images of Gower featuring the website link were included on poster campaigns in the UK’s football heartlands in the build-up to home games at the Liberty Stadium. This included campaigns in Liverpool, Manchester and London.

On-pitch advertising was also used during the Capital One Cup.

Swansea Council also attracted 23 journalists to spend time in Swansea Bay during the 2012/2013 football season, helping generate thousands of positive column inches. This was more than double the amount of similar visits arranged during the 2011/2012 season.

Cllr Nick Bradley, Swansea Council’s Cabinet Member for Regeneration, said: “Second season syndrome is a well-known term in sporting circles, but the Swans bucked the trend by finishing even higher in the Premier League than the year before and winning some major silverware. These were fantastic achievements, but it was important we kept pace with Michael Laudrup and his amazing squad off the pitch by making the most of their profile and encouraging people to come and discover the city that’s making the headlines.

“The Visit Swansea Bay website figures speak for themselves, but it wasn’t just achieved through outdoor advertising. Our staff also did a lot of work on social media and in attracting journalists from across the UK and beyond to raise awareness of Swansea Bay.

“We’ll continue to promote Swansea Bay over the summer and, like the Swans, we’ll be ready to up our game even further when the new season kicks-off in August. There should also be more interest from European visitors next season because the Swans have qualified for the Europa League.”

Some of the 2012/2013 campaigns included posters featuring Gower beauty spots on London Underground trains with QR (Quick Response) codes that people with smart phones could scan over to be taken straight to the Visit Swansea Bay website. Straplines included ‘Where the grass meets the sea’ and ‘This way to Gower‘s great escape’.