Oystermouth Castle reopens for the 2022 season!

THOUSANDS of visitors are set to take Swansea’s Oystermouth Castle by storm as it throws open its gates for the 2022 season.

Swansea Council and the Friends of Oystermouth Castle run the historical attraction, which overlooks Mumbles and Swansea Bay.

It’s now open to the public from 11am-5pm Monday to Sunday from April 2 to September 30 and every weekend in October.

Other events through the Easter holiday period include guided tours of the castle, organised and run by the Friends of the Castle and offering insights from local history experts. Tours will run on April 13 and April 20 at three times – 11.30am, 1.30pm and 3.30pm. 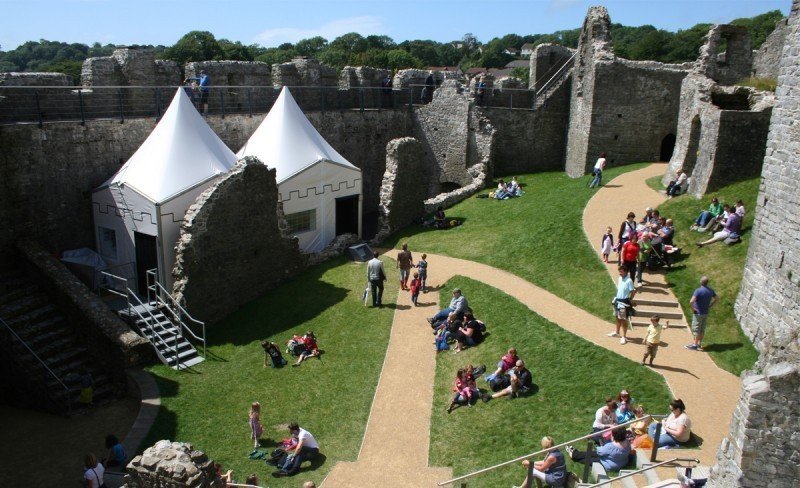 Families can also look forward to exploring the castle grounds as they go on an Easter Bunny Hunt with the chance to win prizes and other goodies on Easter Sunday.

Features of the castle include 14th Century artwork, a 30ft-high glass bridge and private staircases leading from vaults to rooms once used as banqueting halls.

Oystermouth Castle was originally built in 1106 after Gower was captured by the Normans. King Edward I, also known as Edward Longshanks and the Hammer of the Scots, briefly visited the landmark in 1284.

The gift shop is well-stocked for the new season and includes a range of unique, themed gifts, exclusive to the Castle, including mugs, tea towels, local books and stationery.