Spooks in the city. A spooky, spectacular day!
29 October
Home Piracy and Smuggling

Fans of the BBC’s Poldark know all about Cornwall’s stories of smugglers and pirates, but they’re no more swashbuckling than Gower’s boatload of salty tales. The peninsula – with its hidden coves and bays, towering cliffs and stormy seas – could well have been designed with rogues, brigands, illicit cargoes and maritime mayhem in mind. During smuggling’s 18th- and 19th-century heyday, seemingly sleepy Gower was a smugglers’ hotbed. Local kingpins operated with near-impunity, employing hundreds of people and running rings around overstretched customs authorities.

Those days may be long gone, but some things haven’t changed a bit. Stand on the shore at remote, rocky Brandy Cove (no prizes for guessing how it got its name) and you wouldn’t be surprised to see smugglers going about their work. It’s just one of the many places on Gower rich in ghostly legends of hidden hideouts, secret passages and daring deeds. 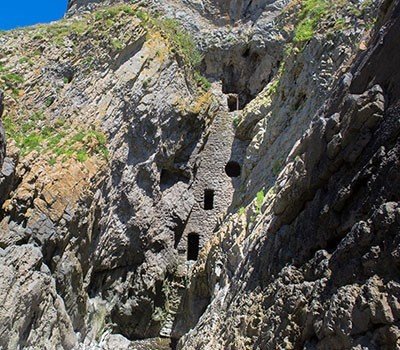 Hidden in a rocky cleft near Port Eynon, ancient Culver Hole cave is sealed behind a 60ft stone wall dotted with mismatched windows. Believed to have been built in the 13th or 14th century as a dovecote, the strange structure a holds a bounty of smuggling stories. According to legend, it was used by powerful local brigand John Lucas as a storehouse. There’s even tell of a secret tunnel – big enough to ride a horse through, would you believe? – used to shuttle contraband to the nearby Salthouse. 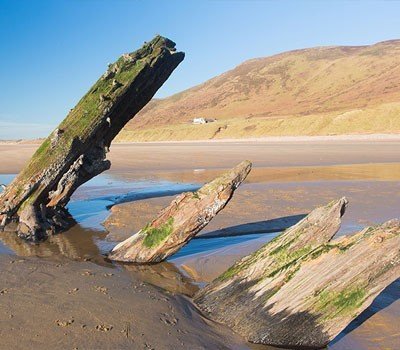 Don’t be deceived by the inviting clear blue waters around Gower. They are not without their sunken secrets. The rocky coastline is dotted with vessels that foundered in stormy seas. While some of these wrecks are hidden beneath the waves, many are still visible on Gower’s bays and beaches. Head to Rhossili to see remnants of Norwegian ship the Helvetia – wrecked in 1887 – eerily poking out of the sand. Or spy the twisted metal remains of the Bluebell, which ran aground at Culver Hole in 1913. 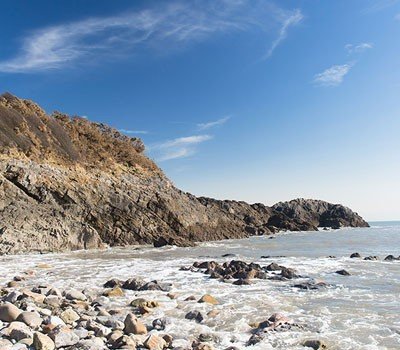 It’s easy to see why aptly named Brandy Cove was such a hit with Gower’s smugglers (particularly local kingpin William Hawkin Arthur and his gang). Surrounded by rocky cliffs that hide it away from prying eyes, there could be few better places on the Peninsula to unload an illicit cargo of tobacco or alcohol. Only accessible on foot, the tiny beach still feels remote and secretive even today, a world away from bustling neighbour Caswell Bay just half a mile along the coast. 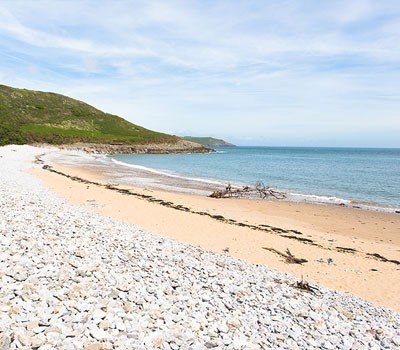 William Hawkin Arthur was known as one of the most daring smugglers of the 18th century. Remote Pwll Du was at the heart of his criminal empire for at least three reasons. The secluded pebble beach could have been tailor-made for landing contraband, the 300ft-high headland was the perfect lookout point and wooded Bishopston Valley provided plenty of cover to move goods inland and was once a busy conveyor belt for contraband. Its tree-lined depths provided plenty of cover for dodgy deeds, allowing Gower’s smuggling supremo and his gang to move illicit cargo from the beach at Pwll Du to their headquarters at Highway out of sight of the authorities. It all added up. It’s thought that more illegal goods were landed here than anywhere else in the Bristol Channel. Arthur and his men left their mark. You can follow in their ghostly footsteps by walking the route now known as Smugglers’ Lane. 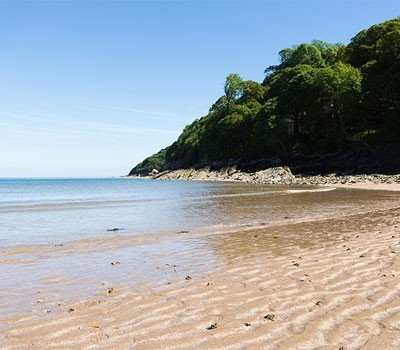 Gower’s smugglers didn’t always come out on top. While attempting to land cargo at Oxwich in 1804, bootleggers asked two men walking on the beach for directions to Highway Farm, a major staging post for one of Gower’s biggest smuggling gangs. Unfortunately for the hapless brigands, the two men happened to be customs officials. A raid on Highway shortly after found 420 casks of spirits stashed in concealed cellars and led to the breakup of the gang. 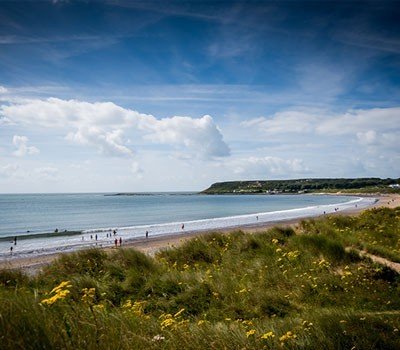 The picturesque little village of Port Eynon accounts for quite a few chapters in Gower’s salty smuggling story, thanks to the notorious John Lucas. After years spent overseas (reportedly as a pirate), Lucas returned to his native Gower and set about modifying the now ruined nearby Salthouse to serve as the HQ of his smuggling operation. Legends tell of hidden cellars and a maze of secret passageways, tall tales perhaps since modern archaeological investigations have found little evidence to support them.