There’s a lot to get your teeth into in Swansea Bay and Gower. Our menu is bursting with irresistible foodie options, from the freshest of fresh fish pulled straight from the sea to that ultimate combo of coast and country, lamb raised on briny salt marshes. Prefer sweet to savoury? We’ve got you covered with indulgent Italian ice cream, fruity welshcakes and unbelievable brownies.

And it’s not just about what’s on your plate. The final ingredient is our delectable sense of place. Whether it’s refined afternoon tea in the elegant surroundings of an historic seaside hotel or a no-nonsense barbecue on a Blue Flag beach, Swansea Bay serves up settings that elevate every mouthful. For a taste of epic edible experiences that linger long in the memory, there’s no place better.

Browse our fantastic places to eat and drink 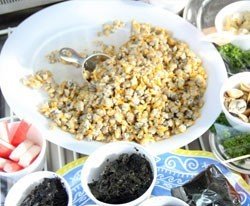 For a legendary taste of the sea, you can’t beat fresh Penclawdd cockles. We’ve been harvesting these marvellous molluscs from our crystal clear waters since Roman times – and they’re still one of the tastiest treats on our food scene. Best of all, the short trip from sea to plate means that our cockles are among the freshest you’ll find anywhere in the UK. Pick some up at Swansea’s famous indoor market and enjoy with crispy bacon and laverbread (another local delicacy). 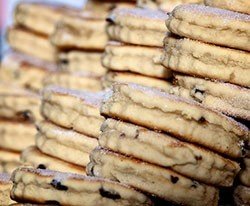 The simple welshcake may not be likely to feature in a Great British Bake Off technical challenge any time soon, but it’s still an iconic treat. A deliciously balanced combination of butter, eggs, flour, spices and fruit, our national cake is warm and welcoming, like Wales on a plate. Pick some up in Swansea Market (and try out our recipe!). Chocoholics should beat a path to Gower Cottage Brownies, makers of what BBC Good Food Magazine described as ‘the best brownies we have ever tasted’. 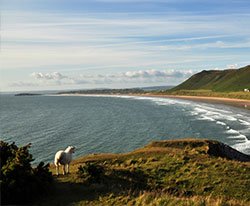 Everyone’s familiar with the traditional Welsh image of sheep grazing on a grassy hillside, but we do things a little differently here. Our award-winning salt marsh lambs spend most of their time by the sea, snacking on samphire, sorrel, sea lavender and thrift. It’s a recipe that adds up to melt-in-the-mouth meat with a flavour all its own. No wonder this luscious lamb is in such demand from top chefs across the country (it’s a big hit in France too). 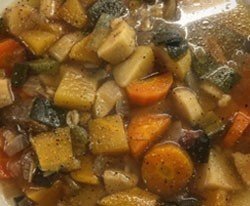 A staple of Welsh kitchens for centuries, the hearty broth we call cawl is a warming winter treat. Don’t go looking for a definitive recipe though. Traditionally made with whatever seasonal ingredients are available, every cook has their own take on this classic dish. You can generally expect to see some lamb and some leek (this is Wales, after all), but everything else rests on the personal preferences of the chef. 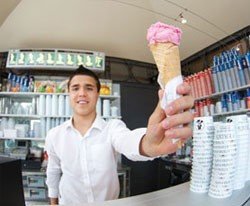 When it comes to irresistible ice cream, Swansea Bay scoops the competition. Strangely enough, it all comes down to Wales’s industrial past. When Italian ex-pats came here to work in the mines and steel mills in the late 19th century, they brought their closely guarded family recipes with them. Over 100 years later, those recipes are still being used in parlours such as Verdi’s (found on Mumbles’ bustling seafront) to make unbeatable ice cream from the finest Welsh ingredients. 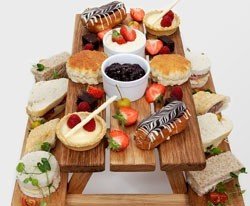 An elegant afternoon tea has been a British tradition since 1840, when Anna, the 7th Duchess of Bedford, decided she needed something to bridge the gap between lunch and dinner. It’s probably more popular now than ever. Who doesn’t like an excuse to gorge on cakes and sandwiches between meals? Enjoy a legendary British indulgence at a legendary Swansea location – Oxwich Bay Hotel on Gower, where delectable teatime treats are served on miniature picnic tables (with a side dish of spectacular seaside vistas).