Swansea has been announced as the host city for Britain’s first-ever standalone World Triathlon Para Series event and will see the world’s best Para triathletes head to south Wales on Saturday 6 August 2022.

Next year will see Swansea host a stand-alone World Triathlon Para Series event for the first time, with athletes returning to the city through to the Paris 2024 Paralympic Games. The event will be delivered by British Triathlon in collaboration with UK Sport, World Triathlon, Welsh Triathlon, the Welsh Government and Swansea City Council in what will be a first for the national governing body.

This year saw Leeds host a Para Series race in Britain for the first time as part of the established AJ Bell 2021 World Triathlon Series Leeds, with 2022 seeing the Prince of Wales Dock welcome disabled triathletes of all levels for a Para Sport Festival that will include World Triathlon Para Series action as a standout point of the day.

Tokyo 2020 saw British paratriathletes return with a medal of each colour and Paralympians from Britain and around the world are expected to take part in the event next summer.

Alongside the elite and pathway action will also be open paratriathlon and triathlon participation races and disability sport activities for a number of para sports, giving anyone and everyone the chance to take part during the day.

Welsh Triathlon will be leading on facilitating the delivery of inclusive programmes throughout and beyond the three years, to raise awareness with children, young people and support those looking to harness the social and health benefits of our sport.

The wider Para Sport Festival will see the governing bodies of sport working collaboratively with the local authority, commercial and social organisations, with the aim of ensuring a sustainable legacy as the Swansea weekend becomes the catalyst for exciting progress in inclusive opportunities. 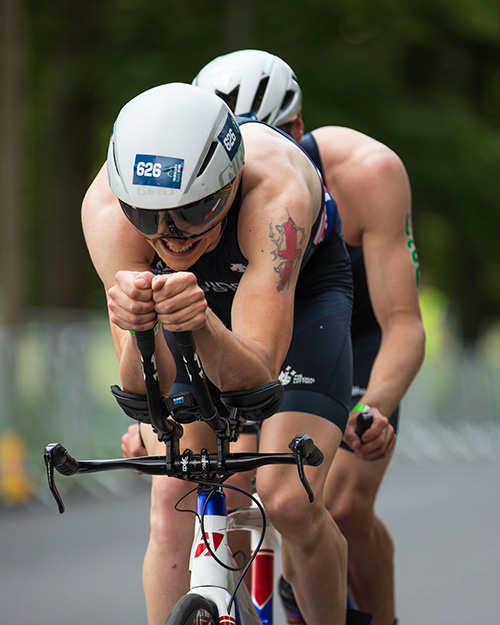 The multi-year plan for creating a hub of paratriathlon and para sport in Swansea is part of British Triathlon’s new major event strategy. The new strategy runs through to Paris 2024 Olympic and Paralympic Games and supports the development of athletes on the World Class Programme and event delivery across Britain.

As part of the strategy, British Triathlon are committing to hosting World Triathlon Championship and Para Series events to bring the world’s best triathletes and paratriathletes to Britain and providing home events for British athletes. There is also commitment to growing domestic pathway events to further support up-and-coming athletes.

Andy Salmon, British Triathlon CEO, said: “I’m delighted that we’re able to make this announcement alongside our partners in bringing a race on the World Triathlon Para Series to Britain for the next three years.

“This summer was a breakthrough one for us as we hosted a World Triathlon Para Series race for the first time. To be able to deliver an elite paratriathlon race at that level from 2022 and combine it with disability sport opportunities for all has been a long-held ambition for all of the partners and stakeholders, and I’m really excited that we are now able to make it happen.

“British paratriathletes demonstrated all that’s best with the sport in Tokyo this summer. We witnessed so much with athletes overcoming adversity, battling back from disappointment, showing great camaraderie and medal-winning performances. This new event in Swansea will provide a great opportunity for these athletes to race on home soil through to the next Games.”

Esther Britten, UK Sport Head of Major Events, said: “One of the reasons we invest National Lottery funding into major events is to create extraordinary sporting moments. We’re certain to see this in Swansea next August as the crowds cheer on Paralympians competing in the event as part of their journey to Paris 2024.”

Beverley Lewis CEO, Welsh Triathlon, said: “The World Triathlon Para Series event in Swansea will enable Welsh Triathlon to develop an extensive Legacy Programme, working alongside Disability Sport Wales, to ensure triathlon become an inclusive sport across Wales.  We are excited by the prospect of working collaboratively to make a difference to the people of Wales and to inspire the next generation.”

Deputy Minister for Arts and Sport, Dawn Bowden, said: “I’m delighted that we’re able to support British Triathlon in bringing this event to Swansea and that the city will once again, get a chance to demonstrate its expertise in successfully hosting a major para sport event – following on from the city’s successful hosting of the 2014 IPC Athletics European Championship.  This reaffirms our commitment to the development of disability sport with the event and the parasport festival providing a further platform to promote sporting opportunities for disabled people.  The event also makes the most of the city’s fantastic waterfront location – and we look forward to welcoming the athletes to Wales and Swansea next year.”

Swansea Council leader Rob Stewart said: “This World Triathlon Para Series race will complement Swansea’s ever-expanding portfolio of high-quality events, including the annual Admiral Swansea Bay 10k, the Swansea Half Marathon and the many Triathlons, Duathlons and Ultras that take place throughout the year.

“We are proud of our annual events programme which also include the annual Wales Airshow and a number of large Singleton Park concerts.

“Events like these support the regeneration of the city, contribute to the growth of the local economy and raise the profile of both Swansea and Wales – reinforcing Swansea’s status as a place where people want to live, work, study and enjoy quality free time.

“We are delighted to be the first city to hold this first-ever standalone World Triathlon Para Series event and are pleased that we have been able to work in partnership with Welsh Government, British Triathlon, Welsh Triathlon and UK sport to bring it to Swansea.

“2022 promises to be a summer of fantastic events and we look forward to extending a warm welcome to the World Triathlon Para Series – organisers, competitors, friends, family and supporters. It is also great that we will be hosting the event right up to the Paris 2024 Paralympics.”